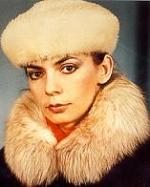 Household # 137 in the 1857 Herzog census includes the following Riedel family in Herzog that is NOT descended from the first settler, Augustin Riedel.

Katharina Klephahn's second marriage was to Mathaeus Von Riedel who was born at Sadewitz, Germany, in the district of Breslau in 1799. He entered the German army where he served for a number of years. In 1830, upon leaving military service, then migrated to Russia and married Katharine Klephahn around 1830 and died two months after their son Johannes was born.

Johannes married Anna Maria Richmeier and had the following children. Note there are discrepancies in the birth years.

Descendants who immigrated to the US

2. Peter Riedel, who married Katharine Brungardt, immigrated to the US in 1891 and is buried here https://www.findagrave.com/memorial/52152431.

The Linenberger Genealogy book was published in 1956 and often times I find these books can have errors but John L. Riedel who died in 1969 likely provided most of the information.
Вернуться к началу
Ответить
29 сообщений