Stamm (Göbel)
Spelling Variations:
Stamm (Göbel)
Settled in the Following Colonies:
Göbel
Husaren
Pre-Volga Origin:
Kellenbach, Kr. Bad Kreutznach, Rheinland-Pfalz
Discussion & Documentation:
There are two Stamm families that settled in the Volga German colony of Göbel on 25 May 1767. They had arrived together from Rewal at the port of Oranienbaum on 30 May 1766 aboard the pink Novaya Dvinka under the command of Lieutenant Ivan Perepechin.

(1) Nikolaus Stamm, a farmer, married to Anna Maria Gabel on 23 February 1764 in the Catholic Church in Hessheim. They are recorded on the 1767 census of Göbel in Household No. 2 along with orphan Michael Trinak (age 12). The 1767 census does not record a relationship between the Stamm and Trinak families.

(2) Johannes Stamm, a farmer, and his brother Peter (age 16) arrived in Oranienbaum. During the journey to the Volga German colonies, Johannes married Katharina Hammel, daughter of Johannes & Gertruda Hammel who were from Mainz. They are recorded on the 1767 census of Göbel in Household No. 43. Peter's widow remarried and moved to Husaren along with his children. They are recorded there on the 1798 Census in Household No. Hn04. 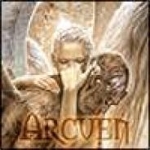