Notes for Johann Peter SINNER:
Aug 2008: http://schilling.wathenadesigns.com/peter_sinner.html
The above site has the history of Peter Sinner b 1879's ancestors. He is one.
Jan 2010: Received an email from Henrietta Gleason with this website.
http://www.schillinggr.org/peter_sinner.html
"Johann Peter Sinner, born 1879 in Schilling; Spouse: Kamilla Riedel of Poser, Germany"
Mein Wolgavolt: printed in German on the above site.
My Volga folk, you have from the depths lifted your son to the light on high. The forces which slept in my heart, you called forth to blessed deeds.
My Volga folk, I have always truly with you shared joy and pain. To you every day is offered in stillness, bringing silence.
My heart shook in your dark day, and when the sun shone, rejoiced with you, so shall it beat ever and ever in faith to you.
When to the fathers I shall be gathered, my last request before the grave’s night:
Remain true, my volga folk, to your homeland!
"Meir Wolgavolk", by Peter Sinner, translated by Samuel Sinner.

Peter Sinner - A Notable Citizen of Schilling
One of the most prominent citizens of Schilling was the journalist-author and teacher Johann Peter Sinner, born in Schilling, Volga Region of Russia in 1879. His parents where Johannes Sinner and Elisabeth Katharina Luft. His book Der Deutsche im Wolgalande has been translated into English by Dona Reeves-Marquardt, thanks to the efforts of Mr. Jake Sinner of Lincoln, Nebraska. (See note below) The English edition also includes the interesting and dramatic autobiography of Peter Sinner, and is available as Germans In The Land Of The Volga. See information below about ordering this book from AHSGR.
Peter Sinner served his Volga German people unceasingly as a teacher, author and political activist. He suffered much for his dedication to the Volga Germans and their homeland, often on the run from Russian police. During the 1920’s when some 10 million died under Lenin’s brutal rule, Peter Sinner often, at the risk of his own life, intervened with politicians on behalf of the persecuted and exiled Volga Germans. He helped many a defenseless German in Russia.
He married a woman from Posen, Germany named Kamilla Riedel, and the family grew until there were 3 sons, Alfred, Erwin and Helmuth. Peter Sinner’s pupil Reinhold Keil (who died in 1995 at 86 years of age) frequently spoke and wrote of his ‘Vetter Peter’. According to Mr. Keil, Peter Sinner perished along with so many others under Stalin. In fact the entire family was destroyed and never seen again. As Keil wrote in the “Heimatbuch der Deutschen aus Russland 1985-1989”, “Peter Sinner musste auch, wie Millionen unter der Sowjetdiktatur, den qualvollen Weg in die sowjetischen Folter- und Vernichtungslager gehen. Niemand kennt sein Grab...” (p.33). “Peter Sinner also, as millions under the soviet dictatorship, experienced the agony of the soviet torture and extermination camps. No one knows his grave...
Peter Sinner was a descendant of Sinner families from the Hessen- Darmstadt villages of Wolferborn, Bindsachsen, Rinderbugen and Ranstadt in the Budingen area of Hessen, Germany. His ancestry is as follows:
1. Hans Sinner, born 1602, Mayor of Wolferborn, Germany
Spouse 1: Walburga [Unknown last name]
Spouse 2: Gela Reifschneider
2. Sebastian Sinner, born 1650, Bindsachsen, Germany
Spouse: Eva Lang
3. Christian Sinner, born 1685, Bindsachsen, Germany
Spouse 1: Anna Margaretha Knopp
4. . Johann Michael Sinner, born 1717, Ranstadt, Germany
Spouse 1: Errestine Knab
Spouse 2: Anna Margaretha Hergenreder
5. Johann immigrated to Schilling from Rinderbiiger, Germany in 1764
6. Johannes Sinner, born 1767 in Schilling, Russia; Spouse: Katharina Margaretha Zander
7. Johannes Sinner, born in Schilling; Spouse: Name Unknown
8. Johannes Sinner, born in Schilling; Spouse: Elisabeth Katharina Luft
9. Johann Peter Sinner, born 1879 in Schilling; Spouse: Kamilla Riedel of Poser, Germany

Notes for Johannes SINNER:
Feb 2006: From Kathy Brehm LaPella, additional information added from the Sinner chart for Schilling and Stahl.
Aug 2008: http://schilling.wathenadesigns.com/peter_sinner.html
The above site has the history of Peter Sinner b 1879's ancestors. He is one.
"Johannes Sinner, born in Schilling Spouse: Elisabeth Katharina Luft" 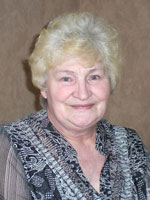